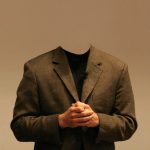 Hosted this panel at the 2013  Science and Nonduality conference in Holland. At least two of of the participants – Lisa Cairns and Gary Weber – claimed to be in a permanent state of nondual consciousness. The third, Tim Freke, was a little more circumspect. For those who don’t speak the lingo, they are what some Buddhist might call “enlightened” – i.e., their sense of being a separate self has collapsed, and they now apparently reside in a state of open unfixed “oneness” – whatever you take that to mean.

Actually, what the hell that might mean is the very subject of this panel. For an hour I got to ask the three of them questions about how, exactly, they experience reality. Dead fascinating subject – it’s amazing to me that psychologist and scientists the world over aren’t studying these people, as they claim to no longer experience suffering.