“Real compassion is uncompromising in its allegiance to basic sanity.”
– Chogyam Trumpa

Sometimes I’m an idiot of a very particular type. When I see a person in any kind of hurt, I experience a seizure of compulsive helpfulness. I say the words, perform the gestures, provide the resources, and sometimes make the commitments I later realize are beyond my power to make and may not actually be that helpful in the first place. 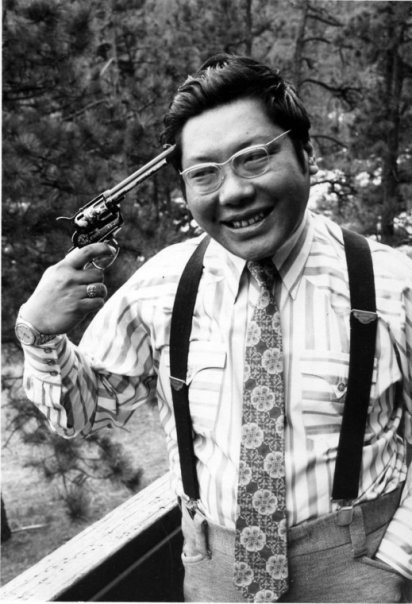 The famously direct Buddhist teacher Chogyam Trumpa called this kind of response “idiot compassion.” It’s a meme that’s persevered in Buddhist teaching culture generally, where experienced guides contrast this first form of compassion with true or “great” compassion, which is much more about being open and present with the other, and then responding from a place of sanity and discernment instead of discomfort and reactivity.

Some teachers also use the term to describe the self-important side of service, where we help others because we’re flattered by the notion of ourselves as special self-sacrificing somebodies, a “superstar in our own private movies,” to recycle  a fine lyric by Mazzy Star, ready to help not because it’s what’s actually needed in the situation, but because it’s what’s needed for us. To quote  another commentator:

We start supporting other people’s real or imagined dramas as a way of bolstering our own little heroic drama, without first determining whether lending such advice or energy is appropriate.

Moral of the story: don’t be an idiot, right? Well, maybe – except it’s easier to say than to do. This is where some fascinating research comes in, from the upstart field of social neuroscience, whose researchers are less interested in the single brain in isolation than in how multiple brains and minds all hang out with each other. What they’ve found is that when we see someone in actual pain, many of us have an involuntary empathic response. We literally feel their pain – the same regions in the brain light up – and the repetition of this over time actually leads to a lot of negative affect and distress and burn out on the part of the helpless empath.

What to do? Compassion training. True compassion, not the idiot kind. In an already famous study by  Tania Singer et all, experimental subjects watched videos of other people enduring various form of suffering (I’m imagining an NDP convention forced to watch Stephen Harper  piano recitals), and found those who had undergone an amazingly short training in basic Buddhist compassion techniques didn’t experience the negative effects of empathic “hyperarousal” and overwhelm; rather, they shifted into a more positive and pleasurable and balanced state of warm concern for others. You can read the landmark 2013 paper  here.

The real moral of the story then, is not to block your natural empathic response. Rather, it’s to be open and mindful once that response has started. At this point, instead of tumbling headlong into suffer-drama, you use your discernment to either open equanimously to the experience, letting it move through you – whoosh – like a ghost (making space for a saner response), or you deliberately boot-up your compassion drive and send a wave of warm fuzzy down through the psychic interweb. Doing so does nothing to lessen your care for the other, is more sustainable, and ultimately leads to healthier and more optimal responses. In this way, as my pal James likes to say, we learn to help others without hurting ourselves.