“I’d rather be dead than cool.” – Kurt Cobain 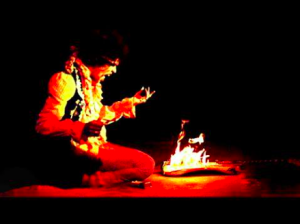 JAMES: So we decided December is about rock’n’roll?

JEFF: It’s the perfect way to end the year

ERIN: Can we smash guitars?

PETE TOWNSEND:  Keith Moon, God rest his soul, once drove his car through the glass doors of a hotel, driving all the way up to the reception desk, got out and asked for the key to his room.

JEFF: Thanks Pete, but to me, the spirit of rock and roll is less about property destruction, more about nonconformity and freedom. Just like in all the rock and roll cliches. The cliches are there for a reason! 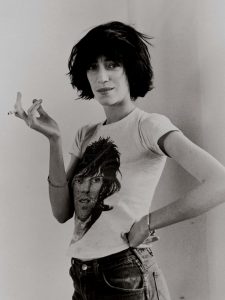 ERIN: Exactly, Patti. It’s also an antidote to the preciousness or reverence that can accompany the meditation scene. For me there’s definitely an element of fucking shit up, of channeling a force both creative and destructive. It’s the koan “If you meet the Buddha on the road, kill him.”

FRANK SINATRA: Rock ‘n’ Roll: The most brutal, ugly, desperate, vicious form of expression it has been my misfortune to hear.

ERIN: C’mon, have you heard Sid Vicious sing the hell out of  your song?

KEVIN: Your Song was Elton John. Now there’s a song that’s been overdone!

STEVEN TYLER: We believed that anything that was worth doing was worth overdoing.

JEFF: Is that because … you were out of your mind on cocaine?

STEVEN TYLER: You have no idea how expensive it is to look this cheap. 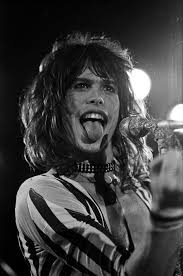 JAMES: We could tell, but it’s OK.

ERIN: For me, rock and roll is the freedom to fully embody your weird self, to let your freak flag fly.

JAMES: But it’s also about the music. The muuuusiiiiiic! You three have any favorite kick-out-the-jams that really get your fists in the air?

ERIN : Patti Smith’s Gloria gets me going every time. And The Replacements’   Unsatisfied  is my go-to barbaric yawp , sung full volume to release pent up existential angst.

JEFF: Hold your Head High by the Heartless Bastards does it for me.

JAMES:  Me too man. But  James Brown pretending to sing himself into exhaustion, having the coat slipped over his shoulders as if he’s going to leave the stage and then at the last minute, flaring it off, finishing the song…well, that’s the rock’n’rollest.  Second only, of course, to this.

JEFF: On behalf of all chicken lovers, thank you for that link. 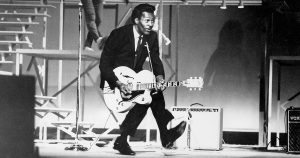 KEVIN: Chickens and rock n’ roll are a deadly combination.
Ducks, on the other hand …

ERIN: OK well all this may get at the spirit of rock and roll (with a weird detour into fowl territory), but not what it looks like as an actual path.

JEFF:  Oh yeah, the path. It sounds like we’re sort of saying rock and roll is going your own way. There’s a nice Joseph Campbell quote, something like: if you find a path in a dark wood, then … someone else made it! It’s not your path, dude! Isn’t this what we’re about at CEC? Celebrating the pluralism of many paths and approaches? Ultimately, each human being is their own fresh tradition, which we make by living.

JAMES: Well believe this.  In December we are going to meditate and celebrate and we’re going to yell our heads off.  Actually off.  Meditation practice CEC style, with three Monday jams and a holiday party in the Market on Dec 14. Octopus Garden: As we prepare to move to a new location in 2018, we want to thank you for being so swell to us.  We meditated so many brain waves into the ceiling of that place!  It will always feel like a home.

ERIN: Come one, come all. We’ll leave the last word to someone who actually knows what he’s talking about.

ICE CUBE:  Rock’n’roll is not an instrument. It’s a spirit that has been going on since the blues, jazz, bebop, soul, rock’n’roll, R&B, heavy metal, punk rock and, yes, hip-hop. Rock’n’roll is not conforming to the people who came before you, but creating your own path, in music and life. 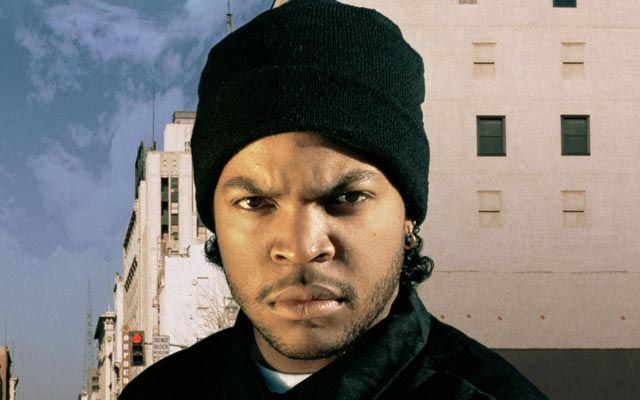 Bonus quote!
“They’d say “if ya play the record backwards, you can hear evil things like grrrr!” and I would think, “Jeez, I didn’t know the devil sounded like that. I thought he was coherent, like the rest of us.”   – BRIAN JOHNSON, AC/DC