The dancer becomes the dance. And I am the writing.
– Louis L’amour 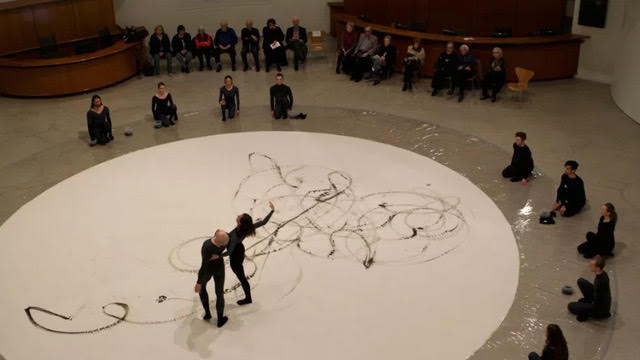 I grew up in New Suburbia, where shopping malls and sports arenas were the mints of social currency, if not ‘identity’ itself. Art wasn’t really a thing. But like most kids who felt anxious and isolated in the subdivions, I found ways to feel grounded; to – if not get a sense of belonging – at least take breaks from feeling like I didn’t.  Drawing was a big one (playing drums with a pair of pencils on empty margarine tubs was another, but I’ll stick with drawing for now). Taking a plain old pencil and paper and making pictures happen seemed like something just shy of a super power; magician-type stuff! And it brought with it a whole other experience of the world; one where ‘I’ (with all of the attending anxiety of being an ‘I’) was absent. It wasn’t needed. Only drawing was required.

This was, of course, long before I went to art school. By the time that rolled around, the fix was already in! My childhood freedom I felt around making art had – somewhere along the way – been ambushed by the same self-consciousness that permeated most of my waking teenage years. And so by the time I was on track to getting a BFA in Illustration, the simple joy of making art had long been hijacked by the ego striving to become an ‘Artist’. Every project became a mirror for my own self-assessment, mercilessly feeding back the very judgement that my efforts were desperately trying to overcome: that I sucked.
The creative well was poisoned. And that fundamentally adversarial, arduous, and exhausting relationship with being an ‘artist’ (which, along the way got downgraded to ‘creative professional’ – although since we’re just talking arbitrary labels, I suspect it was more of a lateral move) continued for decades.

A couple of winters ago, I spent a week on retreat with Soryu Forall and the residents at CML’s Monastic Academy in Vermont. Like so many contemplative traditions, Soryu teaches from and to our “deepest commitment to be of service to all living beings”. After a week of intensive training, sitting, and deepening practice, a question arose that seemed fundamental to reconciling my work as a ‘creative professional’ and the vision of a life of service that had been steadily coming into focus: And so, at the end of the retreat, I asked Soryu, “In the context of being of service to the world, what is the role of the artist?”

While his exact words escape me, what they pointed to was indelible: Art provides unique ways to express, illuminate, manifest, to point to the ineffable. The source. The absolute. True nature. The tao, God. Whatever you want to call it.

“Writing about painting is like dancing about architecture.” – Martin Mull

2 – My question was concerned with the Artist, not the Art. No wonder I felt confused. Just as can happen with a meditation practice (if we aren’t careful), the practice of making Art can be used as just another selfie-medium; a way to ornament our self-image and trap us in an ‘identity’ of our own making. When that occurs, we end up practicing the identity of Artist more than we practice making Art. That would be akin to meeting at the CEC Monday nights to practice being meditators, rather than practicing meditation. However, if we place the cart back behind the horse and let Art lead (letting go of the self-conscious assessments and identifications – or allowing them to run in the background) then perhaps Art becomes something that happens through us, rather than from us.  And then role of the ‘Artist’ becomes, perhaps, to merely get out of the way, making ourselves available to be used by muse,  genius, daemon… by Art, manifesting something unique that illuminates true nature for the benefit of all beings.

“In these moments if one responds with the right attitude, the right intention, then one experiences an active intelligence that is both present and absent. One becomes a doorway. Something can be born into life that wasn’t there before; an aspect of the Absolute can come alive for the first time.”  – Llewellyn Vaughan-Lee

Art is one of the facets of the ‘jewel’… one of the lenses through which we can look toward the ‘invisible centre’.  So, as you investigate art I extend to you an invitation: to engage in the artistic practices of life (literal and otherwise) with curiosity and availability to see, hear, and feel what is being illuminated, prior to ‘interpretation’, prior to ‘meaning’, prior to ‘artist’, prior to ‘art’. 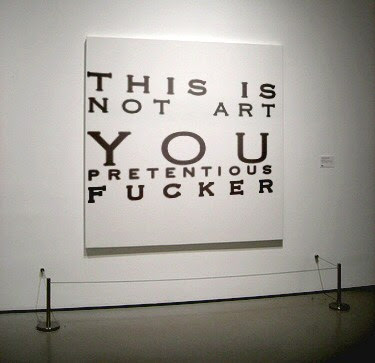